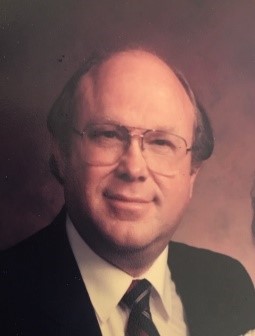 Address: 1780 Lincoln Ave SE -  A special tribute is planned! Lunch reception to follow. We look forward to seeing you.

Jerrison Paul Minton was born on a Sunday morning in March 1938 in Nyack NY.  As a 4 year old boy he built a fort that was his “imaginary church” and invited his buddies to come.  Jed grew up in the Oregon coast town of Ocean Lake later called Lincoln City. He delivered newspapers for many years. Teaching himself taxidermy on his own birds he hunted as a boy, he rented shack on the main street of town at 13yrs old and opened his own taxidermy business.    He became very well known among the townspeople. He shot his first bear soon after and he donated the meat to the local community club for a feast event.  The story made the Taft newspaper.

As a Senior at Taft High School he served as the school’s student body president. After graduating he moved to Seattle & worked for Jonas Brothers, a well-known Taxidermy business in the 1950s where he learned to preserve all kinds of trophy wildlife, & fish.

Jed enjoyed hosting groups & accompanied many trips to Israel from 1968 thru 2015, following “in the footsteps of Jesus”.  In 1987, “Pastor Minton” began evangelistic travels. His ministry extended to hundreds of churches spanning the Northwest, Alaska and Hawaii. Many people came to discover Christs love as well as experience the miracles of Gods Healing power.

Jed Minton loved his family.  In his later years, God revealed that “He” wasn’t finished with Jed yet and provided opportunity for deepening his relationships with each of his children.  And over the course of the 3 years living at Stafford Ridgemont, he grew to love the employees and residents and ministered to many calling each out by their names as they would pass by. The last weeks of his life, you could hear him exclaim. “Praise the Lord! I have had such a good life. I’ve met so many interesting wonderful people. And I have been able to experience some really exciting and special things. I feel blessed. “   So many people were part of the fabric of Jed’s life. You know who you are. He deeply cared for you and prayed that he would meet you in heaven one day again.  Turn your eyes upon Jesus. Ask Him to give you ears to hear.  Truly Seek Him and You will find Him.

To send flowers to the family or plant a tree in memory of Jerrison "Jed" Paul Minton, please visit our floral store.