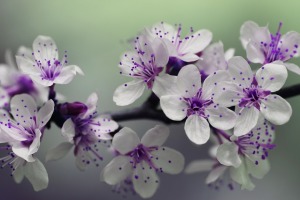 Nettie was born in Klamath Falls, Oregon to Allen and Louise Lloyd on May 8, 1936.  The youngest of four siblings, including brothers George, Earl and Thomas.

The family moved north to the Puget Sound area of Washington for employment, as the war years began.  With employment secured at the Bremerton Naval Ship Yard, the family acquired a home and acreage in Gig Harbor’s Crescent Valley.

Nettie made lasting friendships, many beginning in her early school years.  Several of these women gathered for a luncheon as recently as January of this year.

An outstanding student throughout her school years, she was awarded the Salutatorian title at graduation.  She excelled in athletic events and lettered in all four years of high school.

Following high school graduation, she spent one year at the College of Puget Sound.  She then transferred to the University of Washington.  She received a degree and launched a career as a Medical Technologist.

She worked in the laboratory in the Los Angeles County Hospital.  They bought a modest starter home and she found herself expecting their first child.

Tragically, Doug was killed in a single car accident.  Nettie gave birth to a healthy baby son and subsequently returned to Gig Harbor to raise her child.  Initially, she returned to the medical profession and later she acquired her realtor’s license and worked for Gig Harbor Realty.

Nettie and Ken Denton worked together in planning and organizing their 25th high school reunion in 1979.  The next year the two married and settled in Sunnyside, WA.  Nettie returned to the laboratory at Sunnyside Community Hospital.

Nettie’s mother, Louise, encouraged travel and invited the couple to join her and a group to take a cruise to Alaska.  A year or so later, they joined them on a trip to Cancun, Mexico and the traveling continued annually until 2016.

In addition to several trips abroad, there was travel to all 50 states.  Nettie’s photography and her interest in lighthouses were the motivators for the visiting and photographing of more than 300 lighthouses.

The year 1993 found the Denton’s moving to Gig Harbor, WA.  Nettie was able to retire and devote more time to her flowers and homemaking.  She also joined two investment clubs and improved their financial returns.

Nettie was an avid reader, photographer, collector of Disney commemorative plates, Beanie Babies and all things associated with lighthouses.  She belonged to the U.S. Lighthouse Society and contributed to their restoration projects for more than 20 years.

She was diagnosed with dementia in about 2013.  Testing confirmed it.  During the last several years, she enjoyed cruises, the last completed in 2016 to Croatia and the Greek Isles.

In 2018, Nettie required intensive care and Harbor Place at Cottesmore was selected.  The staff elevated their level of care to meet Nettie’s increasing needs.  Nettie continued to review the travel magazines and periodically proposed destinations that sparked her imagination.

Our thanks to the friends and classmates who continued to include the Denton’s in their dinners, celebrations and other events.

Nettie passed comfortably in her recliner on the 25th of March.

Nettie is survived by her husband Kenneth Denton, son Douglas Hill and his wife Gail, stepsons Tim and Ted Denton, stepdaughter Barbara Chintagavongse and her husband Tom, and her brother Earl Lloyd and his wife Elfriede.

To send flowers to the family or plant a tree in memory of Nettie Louise Denton, please visit our floral store.