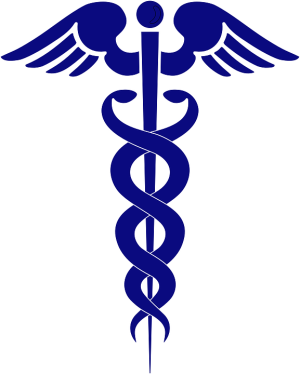 Peter Robert Kesling was born to Margaret Mary (McIntyre) and Arthur Roy Kesling on January 11, 1944 in Seattle, Washington, and was baptized at St. Peter Catholic Church on February 6, 1944. He returned to God on April 29, 2019. He loved life, and people were his great joy.

He graduated as Valedictorian from O’Dea High School in 1962, having served as ASB president. During his time at O’Dea he was active in speech and debate, drama, football, and track. He was also involved with various Catholic Youth Organization activities, where he met his future bride, Patricia O’Donnell, at the age of sixteen. In 1962 he received the National Catholic Youth of the Year Award.

He earned his bachelor’s degree at the University of Notre Dame, where he sang tenor in the Glee Club, prayed at the Grotto every day, assisted at morning Masses in the Basilica, and budgeted (and recorded) every dime he spent. Traveling to and from university by train remained a lifelong highlight of his years at Notre Dame. He cheered for Notre Dame football through thick and thin, and a majority of his wardrobe sported the ND monogram.

He married Patricia O’Donnell at Holy Rosary Catholic Church in West Seattle on August 7, 1965. Shortly thereafter they moved to San Francisco, where he attended medical school at UCSF and she worked as a nurse to pay the bills. While in San Francisco, they welcomed their first two children, Bridget and Molly. After his graduation from medical school he joined the U.S. Army as an officer and was stationed at Fort Fitzsimmons in Colorado for his internship and residency. His next assignment was at Madigan Army Hospital, back home in Washington; while there, he met many of his future business and boating partners, and he and Patty welcomed their son Peter John. He spent his final year of Army service at Fort Leavenworth in Kansas.

Moving back home to Washington, he settled in Tacoma and opened his first OB/GYN practice in the old St. Joseph Hospital, while consulting on the design of the new hospital. He especially lent his expertise to the design of the labor and delivery floor. He was the founding physician for the Washington State March for Life, and passionately defended the right to life for every human person, from the moment of conception to the moment of natural death. He later founded STORKS, which became a baby-delivering headquarters the likes of which Tacoma had never seen. During his years at STORKS, the birth of his youngest son, Michael, brought him incredible joy.

His professional conduct was reflective of his easygoing nature, and every patient visit ended with a heartfelt “God bless you.” Over his long career he delivered thousands of babies and was known for his kind, compassionate, and personal approach to health care and healing—not to mention the outrageous hats he sported in the delivery room!

He was an active member of St. Charles Borromeo Parish, and later of St. Nicholas Parish. He served his faith communities in many capacities.

Living the gospel of life, he and Patty opened their doors, literally, to many: pregnant mothers in crisis, immigrants without housing, foreign exchange students, and simply those who needed to know God’s love and care. Their home was a place of fellowship and fun, a grand central station for holidays, reunions, team banquets, and general fun and frivolity. Family dinners were key, and guests were treated as family. A rousing grace before meals, with all the gathered family and friends holding hands in a circle and singing enthusiastically, became a long-standing tradition: “Thank you God, thank you God, thank you God for everything!”

Ski trips in the family motorhome and sailing voyages in the San Juan Islands were times of great joy and, of course, lots of singing. At each and every destination he made a point of visiting the local hardware store, “no matter what!”, and always made plans in advance to bring his family to Sunday Mass, “no matter what!” He traveled widely and greatly enjoyed meeting people.

He and Patty divorced in 2006, and he began searching for new ways to live, love and serve.

Many times he sacrificed his personal profit for the sake of keeping the doors to his practice open for his beloved patients. His long career in OB/GYN medicine came to a close when he retired in 2013. He continued to work part-time as a surgeon assistant at St. Joseph Hospital until a few weeks before he died.

A new chapter in his life began when he met his dear Venessa Rasmussen-Furman, whom he married October 30, 2016. They shared a life of giving to those in need and reaching out in support to friends and family near and far. Bountiful Christmas stockings for all their family members were legendary gifts, as was the open door to their home, which they nicknamed “the jungle.” Many peaceful evenings were spent on the back deck sharing stories of their lives, their children, and their grandchildren. They took great care of each other, and Venessa’s daughter, Alexis, visited frequently and enjoyed cooking for them.

A lively little dog named Lucky kept him on his toes, and could often be found on his lap. He enjoyed taking Venessa on ferry rides and long drives and their mutual love was visible to all. He continued a robust social life, being known as a regular at local trivia nights and karaoke singalongs. Nicknamed “Doc Pete” and “Petey”, he remained the life of the party and always ready to lend a helping hand to anyone in need.

His diagnosis and sudden death were a shock to his loved ones and to the community at large. He remained faithful to the end, celebrating the sacraments of reconciliation and the anointing of the sick, and receiving the Apostolic Pardon. Viaticum (Holy Communion) was his last food for his journey to eternity. On Divine Mercy Sunday, the last day of his life, his hospice bed in “the jungle” was surrounded by his loved ones, who prayed the Chaplet of Divine Mercy together at 3 p.m.

Peter was preceded in death by his parents Art and Peg Kesling, his sister Susan Dougherty, and his nephew Kevin Dougherty. He is also survived by his four children and their spouses: Bridget and Tim Adams; Molly and Clark Hernandez; Peter and Katherine Kesling; and Michael Kesling and fiancée Danielle Beverly; and their mother Patty O’Donnell. He is also survived by his grandchildren: Zachary, Joseph, Peter, Josephine, and Charlie Jean Adams; Nikolas, Michael, and Kathleen Hernandez; MacKenzie, Brendan, and Jacob Kesling; and Lilliana Kesling.

Peter is survived by his wife Venessa Kesling, and her children: Ray Bowers III and son Burak; Joseph and wife Heather and children Riley and Joey Bowers; and Alexis Sapunto.

He is also survived by his nieces, nephews and Godchildren, notably Brett Cummings.

Peter’s Funeral Mass will be celebrated Saturday, May 4, 2019, at 11:30 AM at St Charles Borromeo Catholic Church, Tacoma, WA.. Funeral preceded by recitation of the Most Holy Rosary at 11 AM. Burial immediately following at Haven of Rest, Gig Harbor. Celebration of Life at Gig Harbor Yacht Club directly after funeral and burial.

Memorial contributions may be made to Our Lady of Guadalupe Maternity Center P.O. Box 99565, Lakewood, WA 98496, or to Gabriel’s Project c/ St. Charles Borromeo Catholic Church.

To send flowers to the family or plant a tree in memory of Peter Robert Kesling, please visit our floral store.