Share a memory
Obituary & Services
Tribute Wall
Read more about the life story of Barbara and share your memory.

Barbara (Barbie) Kay Hollingsworth was born Barbara Kay McComber on April 11th 1933 in St Lois, MO.  Barbie passed away at the age of 89 ½ years in the early morning on December 26th in the loving arms of her Family.  Barbie was the core and heartbeat of her Family with an amazing caring spirit and enthusiasm for life.  Barbie’s love for her family was infinite, devoting her life as a Wife, Mother, and Grammie.

Barbie was the only child of Roy & Catherine McComber.  Roy sang on the Chicago radio station WIL, and later worked for Pfizer.  Catherine (Kay) worked for the Academy Awards in Los Angeles.  Moving every two years during her childhood, Barbie’s Father took pleasure in exploring new cities often purchasing a new home for his small Family during his travels. Barbie changed schools as often as they moved, and as a result developed her lifelong love of appreciating new adventures and meeting new friends which continued throughout her life.

As an only child, Barbie was very close to her Father.  They traveled together by car and train exploring, visiting Family, and spending summers with her cousins. She often spoke about her Father singing to her while they were in the car.  The death of her Father in 1971 began her religious journey with Ken throughout the rest of her life.

The McComber Family established permanent residence in the Pacific Palisades, California in the late 1940’s where she attended High School.  In 1949 Barbie was introduced to Kenny Hollingsworth, her Husband of 67 years by a mutual friend at the Bay Theatre, Pacific Palisades where she worked.  Ken lovingly throughout the years described Barbie of their first meeting: “She was the cutest and most vivacious High School girl that I ever met”.  Barbie attended Santa Monica City College studying art, and general education classes.  During Ken’s 1951 Christmas military leave, Barbie and Ken had their first date.  Their next meeting was in 1953 in an Art Appreciation class at Santa Monica College.  Ken described his success in the class was due to Barbie assisting him to pass the course.  They were married on May 16th, 1954.

On one of Barbie’s Father’s explorations of Los Angeles, he discovered a new home development in Chatsworth, assisting Barbie and Ken with the purchase of their first home in 1958.  Barbie and Ken raised their three Daughters:  Julie Hollingsworth-Dumont, Diana Miera, and Karen Robinson in Chatsworth.

Barbie’s three girls have fond memories of specially planned vacations every summer with family and friends, camping, house boating, renting homes on Balboa Island, and in Palm Springs.  Every Christmas there was a family tradition of trips to Disneyland in Los Angeles.  Barbie filled her girl’s lives with culture, current music artists, visits to museums, fashion shows at department stores, and picnics with friends.  Barbie painted portraits in oils, sewed clothes on her Singer sewing machine, and filled the home with amazing cuisine, and baked goods.  Friends were always warmly welcomed into the home.  Her girl’s friends remember the delicious food she made for her family and friends, who also appreciated the closeness that our Family shared at home.  Her treat on our birthdays was to make each of us whatever we desired for dinner, and we took pleasure in choosing our favorite meals and desert for the family to share.

Barbie loved surprises, playing games, and had an infinite curiosity.  She enjoyed and was skilled at playing cards, pic up sticks, and jacks.  On one of Ken’s birthdays, she created a scavenger hunt with clues that sent him to friend’s homes and various places in their neighborhood in search of his present which was a grandfather’s clock. This clock was the first of many they would collect over the years creatively adding to their homes filled with beautiful antiques.

Barbie, Ken and Karen moved to Grass Valley, CA in 1982 where Ken assisted with the building of their new home.  Barbie perfected her love of creating a beautiful new home for her Family.  In Grass Valley Barbie began to explore in depth her love of cuisine.  Her passion grew, and she became an amazing chef appreciated by many for her catering events for weddings, church, and various special events which included creating beautifully decorated tables and ambience for each event.  Ken was her faithful assistant, busboy, and driver to her catering events.  Ken artistically created menus and place cards with his beautiful calligraphy for all family and catering events.

During the years in Grass Valley, she also worked part time at a florist, coffee roaster, and hair salon graciously assisting clients, spoiling her co-workers with her vivacious smile, amazing food creations and treats. In 2005 Barbie and Ken moved to their newly built home in Gig Harbor, WA to be close to part of their Family in the Northwest.

Barbie would see and appreciate beauty in the simplest of what life offered, and in moments presented to her. The warmth and love she created in their homes during Family visits were always special and memorable.  Grass Valley and Gig Harbor Family visits included fresh flowers in our rooms, and homemade truffles on our pillows.  She made “Barbiescotti” (homemade biscotti) which were appreciated by many. Every meal was lovingly prepared treating us to her delights.  Holidays were filled with a huge table of hors d'oeuvres, and after many delicious courses at dinner there was a table filled with an abundance of pies and desserts.  Her preparation decorating the tables and planning the menus would begin weeks in advance.  Friends who were unable to be with family were welcomed with open arms, along with extended family members.  Her beautiful Christmas décor and cuisine provided the warmth and image of walking into a magical jewel box.

Barbie’s younger years were filled with dreams of traveling the world which began in 1992 with Barbie and Ken’s first of three trips to France to attend Julie and Laurent’s wedding. This followed with travels to Ireland, Scotland, England, Brazil, NY, along with road trips across the US and Canada.  She had the gift of spontaneity and to explore, seeking out the new wherever her travels took her.  No one was a stranger, she made friends wherever she went giving hugs, inviting her new acquaintances as guests to come stay at their homes in Grass Valley and Gig Harbor which Ken lovingly called Barbie’s B&B.

Barbie and Ken were active church members in all three cities in which they lived.  They enjoyed singing in the choir and attending bible studies.  Barbie provided endless catering for the many churches, members, and private events. Barbie and Ken volunteered for many years at the LeMay Museum in Tacoma, WA from the first day the museum opened their doors.  There is a Family plaque in their memory at the museum.

Barbie will be missed by her Family and Friends.  Her endearing gift of love for her family will surround us every day as it continues to beat in our hearts and in her memory, “With Love Beyond Measure”.

A private Family ceremony will be held at Tahoma National Cemetery.  A later date will be announced for a Celebration of Life honoring Barbie and Ken with Family and Friends.

To send flowers to the family or plant a tree in memory of Barbara Kay Hollingsworth, please visit our floral store. 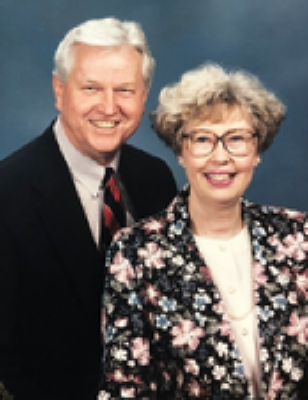