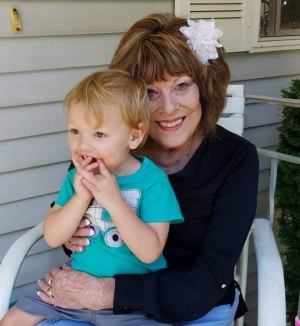 “I believe in angels

Something good in everything I see”

Barb, our loving and loved wife, mother and grandmother passed away unexpectedly following a short illness. Barb was born and raised in Bremerton, where her father worked at the shipyard and her mother taught piano lessons. She graduated from what was then West Bremerton High School in 1965, and went on to Central Washington State College (now Central Washington University), graduating with a degree in Early Childhood Education. Also graduating that year was her husband Jim Sells.  They married in 1968 and completed college together.

Following graduation, the couple lived briefly in Lacey, where Barb worked in the Insurance Commissioner’s office while applying for teaching jobs. Her search was successful and she accepted a position in the Tacoma School District. By then Jim was employed by the Office of Juvenile Rehabilitation so they moved to Pierce County- first to Gig Harbor, then to University Place.

Barb loved teaching young children. She particularly enjoyed and valued her time teaching Head Start. Anyone who visited her classroom and saw family volunteers and others helping the kids would only express their admiration, not only for Barb, but for the program itself. This experience led to Barb’s lifetime belief that if you gave children love, attention and breakfast then their future would be much brighter. Hugs were liberally given and happily received.

Barb strongly supported Jim’s decision to attend law school and fulfill his long-time dream of becoming a lawyer. Without her support it never would have happened. The couple purchased their first home in University Place as she continued teaching in Tacoma. When Jim accepted a position in Bremerton, they split the difference and bought a home in Gig Harbor, where they have lived for some 45 years. Eventually Barb accepted a position teaching in the Peninsula School District and taught in Gig Harbor until her retirement. After retirement she continued her love of teaching as a substitute teacher in the South Kitsap School District.

Barb was an enthusiastic and veteran traveler. Along with her mother and friends she visited Europe, Hong Kong, and Mexico, making lifelong friends at every stop. With all that, her favorite trip was to Belize to see her daughter Elizabeth married on the beach- a never-to-be-forgotten experience.

Barb brought a big smile and a sincere hug for everyone she knew- new friends and old. Her mere presence would light up a room. She loved her family and friends and that love was sincere and never wavered. Her passing is a shock to all and will leave an empty space in many lives and hearts which will never be filled.

Barb not only loved her children unconditionally; she was proud of their accomplishments. Both are college graduates, successful and happy. This kind of attitude came directly from Barb, who instilled these traits in her kids from day one.

Barb is survived by her husband of 53 years, Jim, her two children Elizabeth Simmons (Michael, Gig Harbor) and Jeffrey Sells (Layla, Redmond), and the light of her life for the past four years, her grandson Parker. She was admittedly overindulgent with him and proud of it. Barb is also survived by her brother Tom Clarke of La Mesa, CA., special cousin Bernadette Strom (Huntington Beach CA) and several other cousins, nieces and nephews.

The world is not quite as good a place as it was before Barb’s passing. A bright light has been extinguished. If you don’t “believe in angels” you never met Barb.

In lieu of flowers please make a donation to a charity or nonprofit providing services to children. Presently there are no plans for a memorial due to the ongoing public heath danger. We hope to celebrate Barb’s life as soon as it is safe to do so.

To send flowers to the family or plant a tree in memory of Barbara A. Sells, please visit our floral store.