Share a memory
Obituary & Services
Tribute Wall
Read more about the life story of Beatrice and share your memory.

Beatrice Carstetter Morrison (nee Hemley), 90, passed away on December 19,2022, at her daughter's house, surrounded by her loving children. Born on February 5, 1932, In Tacoma, Washington, She was the daughter of the late Laurence and Inez Hemley.

On March 15th 1952 she was united in marriage to Neal R. Carstetter. To this union they were blessed with five children, Melvin, Carla, Patricia, Linda and June. Neal preceded her in death in 1979. She later married Louie Morrison on August 10th 1985 and welcomed stepchildren, Myrna, Tiffany, and Serene.

Beatrice was a school bus driver for Peninsula School District and retired after 27 years of service. Most people would know her as the owner and operator of Bea's Flowers where she raised money to support the Nicholas Education Fund and funding for mission trips. It was through this funding that she was able to sponser a family who built a house in Guatemala as well as go on seven mission trips with her last being in 2018. She also provided support and food for the homeless on the streets of Tacoma.

Graveside services will take place at 11:00 A.M. on Wednesday December 28, 2022, at Haven of Rest Memorial Park, 8503 WA-16, Gig Harbor, WA. A celebration of life will be held at a later date. In lieu of flowers, memorials may be made to the Nicholas Education Foundation.

To send flowers to the family or plant a tree in memory of Beatrice Morrison, please visit our floral store. 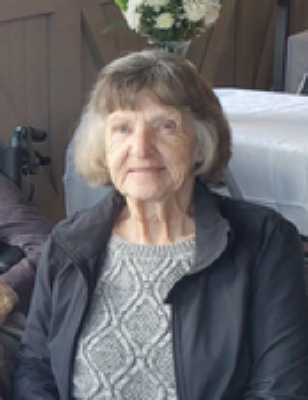 You can still show your support by sending flowers directly to the family, or by planting a memorial tree in the memory of Beatrice Morrison
SHARE OBITUARY
© 2023 Haven Of Rest Gig Harbor. All Rights Reserved. | Terms of Use | Privacy Policy | Accessibility