Share a memory
Obituary & Services
Tribute Wall
Read more about the life story of Cleo and share your memories in the Tribute Book.

On Tuesday morning, November 1, 2022 Cleo Annette (Betts) Chatman ascended into the arms of her Lord and Savior, Jesus Christ.  She was comforted by her loving family at her side. Cleo was born August 17, 1943 in Drewry, Alabama as the eldest of 8 children born from the union of the late Drucilla (Richey) and Eddie James Betts of Pascagoula, MS.

Cleo began her early education in Alabama, and when the family moved to Mississippi, she attended Skip Elementary and Carver High School, graduating Class of 1961.  A higher education was one of the pillars that had been instilled by her mother.  This led her to Alcorn A & M University in Lorman, MS where she received her B.S. degree in Business Education with a Minor in Social Science in 1965.

She began her career working in the Dean of Students Office at Tougaloo College in Mississippi.  There she had the honor to serve as one of the secretaries assisting to schedule Dr. Martin Luther King’s events. She participated in the Civil Rights movement, and remained active with protests to help protect social causes. In Washington State, she also worked for the Dean of Students at Pacific Lutheran University. Those years spent working in scholastic settings ignited a desire to enter the field of teaching.

After receiving her Elementary Certification from Pacific Lutheran University in 1975, she embarked upon her lifelong devotion to teaching which spanned almost 30 years.  25 years were with Tacoma Public Schools, and the remaining years with Peninsula School District. She took great pride in providing a colorful classroom and an educational environment that catered to each individual students’ needs.

She was a devoted wife, and their love story traversed more than six decades. Cleo and James first met at a high school band concert, and then shared their first date drinking a cup of coffee at the County fair in the 10th grade.  They fell in love, stayed together through separate colleges and on June 5, 1966, Cleo married her high school sweetheart, James Edwards Chatman of Moss Point, MS.  She then accompanied him across the country as he served in the United States Air Force.  They finally settled in Tacoma, WA, where their only daughter, Kelishea was born in April 1972.  Her affection only amplified when her legacy was passed down to her only granddaughter, Lauryn.

Cleo was a faithful member of Life Center Church in Tacoma, WA for 40 years.  She showed her faith by serving as an Usher.  Attendees looked forward to her greetings as she welcomed them at “her” door entrance.  She enjoyed seating the congregation and visitors, especially during the annual Singing Christmas Tree.  Cleo also volunteered with the kids programs throughout the years. She loved to praise God in prayer and through songs.  Her faith was easily seen through her daily walk.

Cleo was a member of Delta Sigma Theta Sorority, Inc. during her time in college.  She enjoyed participating in various community projects serving others, and desired to continue.  It was her honor to become a Charter Member, and serve as the first President of the Tacoma Alumnae Chapter for the state of Washington in 1972.  On April 30, 2022 she was acknowledged during their 50th anniversary for her hard work, sacrifice, dedication and the legacy she helped create.

Church, family, education, charities, travel and her home and gardens, were the areas that brought Cleo the most joy and kept her busy.  She loved visiting new places such as travelling through Europe, and she discovered the Caribbean through her Son In-Law, Lionel.  Revisiting the Washington and Oregon Coasts were her favorite spots. She had a zest for life and was fearless when she went zip lining and parasailing in her 70’s.  Her coordinating outfits with matching lipstick was her signature look. Cleo proudly displayed her collection of elephants at the Hobby Hall during the Washington State Fair for many years. You would often find her sitting on her deck looking out over her beautiful backyard, the Puget Sound and Mt. Rainer. Cleo enjoyed watching and cheering for her favorite sports teams. She cherished spending time with her friends and family. Her daughter and her granddaughter were her pride and joy. She will be dearly missed.

Cleo is preceded in death by her Parents, Eddie and Drucilla Betts, Brothers, Danny and Willie Betts, Sister and Brother In-Law, Janet and (Grover) Jackson.

To send flowers to the family or plant a tree in memory of Cleo Annette Chatman, please visit our floral store. 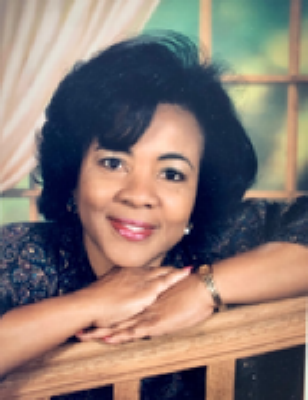 
Family and friends are coming together online to create a special keepsake. Every memory left on the online obituary will be automatically included in the book.

You can still show your support by sending flowers directly to the family, or by planting a memorial tree in the memory of Cleo Annette Chatman
© 2022 Haven Of Rest Gig Harbor. All Rights Reserved. | Terms of Use | Privacy Policy | Accessibility