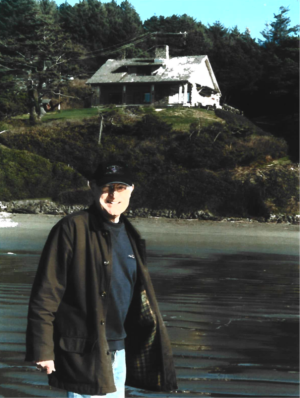 Our beloved husband and father, David (Pete) Stocker went to heaven December 25th, the day of his savior Jesus Christ’s birth. Pete was born to Joseph and Genene on January 27th, 1936, in Evanston, IL, and grew up in Omaha, NB with brothers Tom and Joe. He attended CO State on scholarship, where he studied forestry and excelled on the swimming and diving teams. He met his wife, Barbie, when she was a nurse at Veterans Hospital in Denver. He began his career with Weyerhaeuser in North Bend, OR, and eventually worked as Regional Credit Manager in WA. He married his wife, Barbara in 1959, sharing life together for over 61 years. After transferring to northern CA, where their children, Tim and Rebecca, were born, the family transferred to Fircrest, WA. Pete continued to work for Weyerhaeuser until retiring and moving to Gig Harbor, WA. The arrival of grandsons, Max, Gracen, and Finian brought him much joy. Pete served in the Army Reserves; a very active person, he volunteered in several short-term missions around the world, (including Ecuador, Guatemala and the Dominican Republic,) as well as hurricane clean-up in Georgia, and 10 years tutoring children after retiring. He and Barb also supported World Vision children throughout their marriage. A life-long athlete and student, he enjoyed camping, volleyball, running and swimming as well as studying and teaching the Bible and American history.

His welcoming smile and easy-going nature led to many friendships, some lifelong. He will be greatly missed.

Dad’s body died after completing a 5-year health battle, but it is not his end, because of Jesus. My favorite memories of him were of his enthusiastic cheering from the sidelines. He was always a shameless fan of his family, no matter the activity. He ran after God with all that he was, in the good times and bad. He was one of three boys, and eventually saw the arrival of three grandsons about the same age spread as his siblings, one arrived on his very birthday. God shows his love for us in countless small ways every day. Dad was always noticing. He lived a wide open, expansive life full of positive expectation, because of Jesus. Dad was humble, loyal, expressive, innocent, wise, optimistic, and earnest.

To send flowers to the family or plant a tree in memory of David Pete Stocker, please visit our floral store.

You can still show your support by sending flowers directly to the family, or by planting a memorial tree in the memory of David Pete Stocker