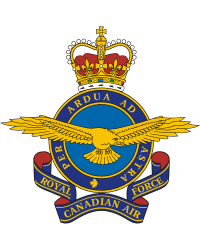 Digby Granger died peacefully on June 23 surrounded by his loving wife and family.

Preceded in death by his mother Minnie, his father, his sister Pat, his brother Ted, and his sister Vicki and her husband Irwin, and his brother-in-law Bruno.

Digby was born in Winnipeg, Manitoba, Canada in 1936. Raised in difficult circumstances, he learned early to recognize the burdens others carry. At 16 he began working for the railroad while trying to finish his schooling. He joined the Canadian Air Force in 1955. After his service, he and some friends started homesteading in British Columbia. In 1965, he met his future wife at Pan Phillips’ ranch, 100 miles from anywhere. Bonnie and her parents had flown in from Washington state to attend a Caribou Stomp at Pan’s house and it was love at first sight. They wrote many letters and visited each other as much as they could before getting married in 1966. After living briefly in British Columbia, they moved to Cle Elum to be near Bonnie’s family and to learn the electrical trade from her father. There they raised a family and ran several businesses. Both were hard-working, but always worked together in some way. In 1979 Digby became a US Citizen, and later earned his GED so he could become a real estate broker, along with Bonnie. They retired from that business in 2000 and shortly thereafter moved to Gig Harbor to avoid the wind and snow.

Woven like a thread from his time homesteading until his last day was his constant desire for self-improvement; something he called “overcoming his background”. Coupled with his belief in Christianity and connected closely with his membership in The Church of Jesus Christ of Latter-Day Saints, he lived a purposeful life of service and kindness to others. Digby found true joy in helping others, and found and nourished the seeds of greatness and nobility often among the most humble of people. Amidst all of the ups and downs of a life well-lived, he maintained a healthy sense of humor and loved nothing more than to greet and make friends. We expect he still is doing just that.

To send flowers to the family or plant a tree in memory of Digby Granger, please visit our floral store.

A Memorial Tree was planted for Digby