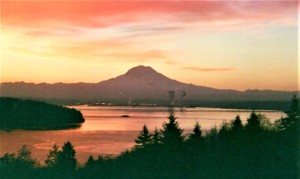 Douglas Michael Kanouse, of Gig Harbor, WA passed away unexpectedly on Thursday, December 10, 2020, at the early age of 26.

Doug was born on October 5, 1994 in Tacoma, WA and was raised in the Key Peninsula and Gig Harbor area. He attended Vaughn Elementary, KPMS, and Peninsula High School where he played on the soccer, baseball and football teams. His love of playing ball shone throughout his life. Doug’s love and talent for playing sports kept his family busy all year round and he made lifelong friends along the way. From baseball to soccer, football, wrestling, and track, all the way through high school, Doug was most at home on a field and with his friends.

As a young child, Doug’s favorite subjects were his newborn little sister Abbi and his cat Southpole. As he grew older, he taught Abbi how to throw a strike and shoot hoops in the driveway. They spent their childhood jumping on the trampoline, playing games, and exploring the woods behind their house in Vaughn.

As a teen, when Doug wasn’t in school, at practice, or at a game, he enjoyed playing video games and being with his family and friends. Doug, with his beautiful smile and great sense of humor, was easy to love and always had a crowd around him. He was often found listening to music and making his legendary playlists for his friends to enjoy. His dance moves were unparalleled.

After high school, Doug began working in construction, where his great friend became his boss. When he wasn’t working or with friends, he was spending time with his Grandma Nadean, with whom he shared a special bond. Doug loved to eat and was becoming quite the good cook. His jalapeño poppers were a favorite. In his spare time, he enjoyed taking hikes on the Gig Harbor trails and was often found playing pickup games at the park with friends or hanging out with his cousin, Josh.

Over the years, Doug took many trips to Richmond to be with his Dad and Virginia family. Ocean Isle, NC, Cannon Beach, and The Chesapeake Bay were where most time was spent running around with his brothers, doing what four wild boys do: racing go karts against his Dad, and enjoying their time together. On the first day they met, Doug and the boys made it known that someday they would be step brothers, they ended up more than that. Although they were 16 years apart in age and 3,000 miles away most of the time, his youngest brother Ace thought Doug had hung the moon.

Doug will be missed dearly by many and our hearts will never be the same.

A celebration of Doug’s life will be planned for this summer, when we can all gather safely. Details will be posted at a later date.

We ask that in lieu of donations, you check in on your loved ones during these unprecedented, difficult times.

To send flowers to the family or plant a tree in memory of Douglas Michael Kanouse, please visit our floral store.

You can still show your support by sending flowers directly to the family, or by planting a memorial tree in the memory of Douglas Michael Kanouse
Share a memory
© 2021 Haven Of Rest Gig Harbor. All Rights Reserved. | Terms of Use | Privacy Policy