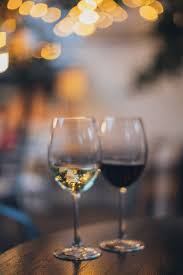 Frances Joan Scrim, age 96, recently passed away at Franke Tobey Jones where she had resided since February of this year.  Prior to that, Joan happily lived on Raft Island in Gig Harbor, Washington.  Because she closely monitored the tides and the comings and goings of all sizes of watercraft, we lovingly referred to her as the Harbormaster.

Joan was born in Vancouver, British Columbia to Francis Drewe Pratt and Ada Pratt.  As an only child, Joan was adventuresome, fiercely independent, and mature beyond her years.  She assumed many leadership roles in high school and college, including student council, editor of the school newspaper, and president of her sorority, Gamma Phi Beta.  She graduated in 1947 from the University of British Columbia with a Bachelor’s degree in Commerce.

Following college Joan married George Scrim and moved to Pasadena, California where she became a naturalized US citizen.  Joan and George had an idyllic, loving marriage and were incredible role models to their children.  Although she was a busy mother of four, Joan found time to engage in her community, church, and sorority, and was most proud of her work as the president of the San Gabriel Valley Council of Camp Fire Girls.  The family moved to Lakewood, Washington in 1969, then in 1977 Joan and George moved to Gig Harbor and fulfilled their dream of living on the water.

Joan cherished each day of her life.  Taking her mother-in-law’s advice, Joan enjoyed a glass of port or sherry while making dinner every night.  Her breadth of knowledge and keen intellect were sharpened by daily crossword puzzles and Jeopardy.  She was a talented knitter and for years joined with her knitting group in knitting hundreds of hats for cancer patients.  Sunday dinner with the family was the highlight of each week.

A wise and thoughtful mother and grandmother, Joan managed to have unique relationships with each of her children, grandchildren and great-grandchildren.  More than anything, Joan will be remembered for her love of family.  She celebrated accomplishments and soothed disappointments.  She was evenhanded.  She was an exceptional caregiver to her son David who died in 1989 and her husband George who we lost in 1993.  She was the lynchpin of our family and we will miss her terribly.  But, she showed us the joy of a long life well-lived.

The family would like to acknowledge the excellent care Joan received in her final months from the staff at Franke Tobey Jones and the team from Virginia Mason Franciscan Health Hospice.  In lieu of flowers, memorial donations may be made to Pierce County AIDS Foundation (pcaf-wa.org) or Franciscan Hospice (vmfh.org/our-foundations).  No services are planned, but in light of Joan’s love of the sea, the family will spread her ashes on Puget Sound later this summer.

To send flowers to the family or plant a tree in memory of Frances Joan Scrim, please visit our floral store.

A Memorial Tree was planted for Frances

You can still show your support by sending flowers directly to the family, or by planting a memorial tree in the memory of Frances Joan Scrim
Share a memory
© 2022 Haven Of Rest Gig Harbor. All Rights Reserved. | Terms of Use | Privacy Policy | Accessibility