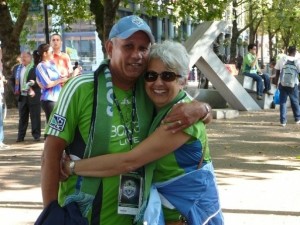 Frank was born on November 11th, 1946, to Jan H.F and Marie Antoinette van der Linden in Jakarta Indonesia and passed away August 31st, 2021, with his loving wife by his side after a courageous battle with leukemia. Frank was preceded in death by his parents and two brothers.

Shortly after the end of the Indonesian War of Independence in 1952, the family escaped to the Netherlands where they established their home in Nijmegen.  Frank’s mechanical aptitude was apparent at an early age. He completed high school and studied to become a Diesel Mechanic with the goal of working in the Merchant Marine.  Instead, he was drafted in the Royal Dutch Army where he joined a tank division.  He soon embraced military life and volunteered for 6 years.  His service took him to the East German border during the Cold War with NATO troops.  He was very proud of his service and achieved the rank of sergeant as his leadership qualities were recognized.  After his service, he sought to immigrate and chose Canada as his adopted country with the encouragement and help of his mother’s relatives who had immigrated before him.  He got a job at Finning Caterpillar in Vancouver BC where he found kinship with both new immigrants and Canadians who formed the crew.  His work included flying out to remote mines and logging camps which often called for improvisation and challenging travel via float planes with parts and tools in tow in every kind of weather.  His interest in world affairs and politics soon influenced his desire to become a naturalized citizen so he could have a vote.

He met the love of his life and launched into a new life with her in yet another country. Frank and Cathy recently celebrated 40 years of marriage, a milestone of which he was proud.  Always the adventurer, their lives together involved travel, soccer, and cycling.  He was especially passionate about soccer and attended World Cup matches in 1994 in the US and in 2014 in Brazil.  He was among the first in line to buy season tickets for the Seattle Sounders inaugural season in 2009.  Combining adventure and travel also took them to Hawaii for the Honolulu marathon raising funds for the Leukemia and Lymphoma Society, to Tuscany for a bicycle tour with friends, and climbing Mount St Helens closer to home.  A trip to Bali, Indonesia in 2008 brought him full circle to the country of his birth where he visited his boyhood home.  Trips to Montana and snowbird trips to Arizona in his beloved RV to meet family and friends were highlights too.  As a lover of all forms of motorized transportation, he also embarked on several long cross country motorcycle trips.  Frank was a fountain of knowledge about history, and particularly WW II, maybe since it touched his life so directly with family impacted in the Pacific theater and seeing its devastation of Holland when he arrived there so shortly after the war.  Their travels also included visits to well-known cemeteries (the American Cemeteries in Normandy and Margraten).  and battle fields (D-Day beaches, and Battle of the Bulge) in Europe.  The same drive to participate fully in the politics of the country where he lived drove him to adopt US citizenship as soon as he was eligible.  Frank was grateful for his life experiences and felt that he’d achieved his “American dream”.

Cathy would like to extend her gratitude for the outpouring of love and support throughout his illness and during this very difficult time.

Frank will be greatly missed but his wonderful sense of humor and stories will forever live on in our memories. In lieu of flowers organizations for donations that touched Frank were Tunnel to Towers Foundation (https://t2t.org), Seattle Cancer Care Alliance (https://secure.seattlecca.org), and Wounded Warrior Project (https://support.woundedwarriorproject.org/donate).

To send flowers to the family or plant a tree in memory of Franklin Wytze van der Linden, please visit our floral store.

Your browser does not support this video format. You should be able to view it in Chrome, Safari or Internet Explorer.

A celebration of life may be held at a later date.