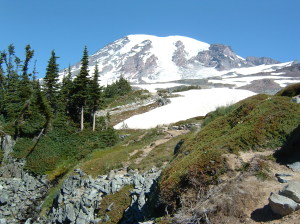 Michael David Phillips, 69, passed away peacefully at his home on Monday, October 12th, 2020.

Mike was born May 21, 1951 to Robert W. & Patricia E. (Olmstead) Phillips.  Mike lived in Dearborn, Michigan until the age of 12 when his family moved to Lambertville, Michigan.  Mike graduated from Bedford High School in 1969 and from the University of Michigan (Ann Arbor) in 1973 where he majored in psychology and minored in history.  In June 1973, Mike moved to Honolulu, then to Centralia, IL, then to Hartsville, S.C.  In 1976, Mike moved to Henderson, Ky., where he began his career with Sonoco Products Co.

In 2002 Mike moved to Gig Harbor, WA with a company called Appleton International.  In 2005, he started Phillips Sales Agency, selling paper machine equipment to paper mills in Western Canada & Western U.S.  Mike loved his career in sales but retired in 2009 to enjoy life on his terms.

For those who knew Mike, you know he was a unique, one of a kind man with an optimistic, caring, joyful and generous spirit. He taught those around him to love and care for the less fortunate and he lived to create bonds with strangers from all walks of life.  Mike had an adventurous side, lived life to the fullest and had a sense of humor like no other.  Mike will be dearly missed by his family as well as the numerous friends he made throughout his life’s journey.

In lieu of flowers, please consider making a donation in Michael's name to the Tacoma Rescue Mission. Details below. If you would like to reach out to the family directly, please contact Haven of Rest and we will help you get in touch.