Share a memory
Obituary & Services
Tribute Wall
Read more about the life story of Quinn (Eldon) and share your memory.

Our beloved Quinn (Eldon)  Farnes was called to be with the Lord on December 2, 2021.   Our dear husband, father, son, and friend  passed quite unexpectedly in his Fox Island, Washington home shared with his wife, Linda.

Quinn was born in Newport Beach, CA and raised in Laguna Beach by parents Quinn Sr. and Jeanne Farnes. He graduated from Laguna Beach High School, then continued his education at Saddleback Community College and The University of California at Irvine. He earned his Bachelor of Science degree in Biological Science from Cal Poly San Luis Obispo in 1981.  Quinn's lifelong enthusiasm for learning led him to also obtain teaching credentials in Celestial Navigation, Oceanography, Marine Biology and Geography, and Chemistry.

His early professional career began with smaller pharamaceutical companies, and ultimately  Quinn spent nearly 30 years as a Research Scientist for Allergan Pharmaceuticals in Irvine, CA. His name appears on five different patents, most notably on the patent for Botox.

In his youth, Quinn discovered his love of sailing while in the Sea Scouts (a division of the Boy Scouts), where he also learned Celestial Navigation. During college , he spent time aboard a chartered boat studying marine biology in the Grenadine Islands.  Quinn's enthusiasm for sailing led to the family's purchase of their 34' sailboat Callisto.  Over the next 14 years they sailed Callisto with family and friends, all around Southern California—Laguna, San Diego, Newport Beach, Catalina and the Channel Islands. He was such a skilled sailor he could sail Callisto right into the slip! It was through his passion for sailing that he also met his best First Mate and future wife, Linda Healy. About 25 years after their first date, Quinn and Linda were married in 2009 in Gig Harbor, Washington. They spent their honeymoon on a self-chartered sailboat in the San Juan Islands. They were beginning to enjoy retirement life on Fox Island and dreamed of owning their own boat again someday.

From an early age, Quinn also loved working with his hands to build, take apart and fix things—skills inherited from his father and nurtured by lifelong friend Llew Copp. After retirement, he spent two years building his dream shop, every inch custom-made from the framing to building the cabinets to welding the light fixtures.  It was his pride and joy and he spent countless hours there working on all types of projects. Quinn was especially passionate and knowledgeable about diesel engines.  After replacing Callisto’s diesel engine, he wrote an article about the process which was published in Sail Magazine in the 1980s.

Among his many other talents and interests, Quinn was also a licensed ham radio operator, a radio-controlled glider operator, and had even built a custom greenhouse for propagating Orchids.

Quinn was a devout and studied Christian whose faith was evident to anyone who knew him.  He spent about 10 years doing professional-level audio editing of Bible lessons on prophecy for a founding pastor of the World Bible Society. Quinn said providing these high-quality lessons to spread God’s word via radio broadcasts around the world was his way of serving the Christian ministry.

Above all, Quinn’s most important role in life was caring for his family. He was a very kind, loving, devoted person who always put his family first and was extremely proud of his children from his previous marriage to Nit Farnes. He is survived by his beloved wife Linda, daughter Emily, son Greg and daughter-in-law Rickie, and mother Jeanne. He was predeceased by his older sister Sharman and their father Quinn Sr. Quinn was also a loving “cat daddy” and will be missed by Tubby and CC (Captain Cuddles).

Quinn was admired by all as an intelligent, loyal, trustworthy, humble, principled, honest person with a witty sense of humor. He had a quiet strength and was devoted to everyone he loved.  Quinn was a very decent, caring man who accomplished much in his too-short life here on earth.  He will be greatly missed.......until we meet again.

To send flowers to the family or plant a tree in memory of Quinn (Eldon) Farnes, please visit our floral store. 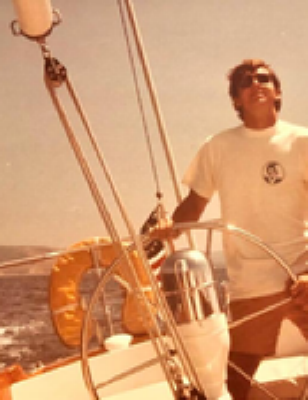 You can still show your support by sending flowers directly to the family, or by planting a memorial tree in the memory of Quinn (Eldon) Farnes
SHARE OBITUARY
© 2023 Haven Of Rest Gig Harbor. All Rights Reserved. | Terms of Use | Privacy Policy | Accessibility