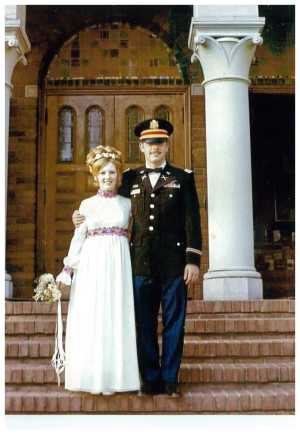 Regina Louise Nelson; 71 peacefully passed away at home January 15, 2020, with her daughter Lisa at 5:30 PM. Gina was born the first day of spring, March 20, 1948 in Oklahoma City, Ok. Upon the return of her father Dan Young, from the South Pacific theater WWII, Gina and her parents moved to Tacoma in 1949.

It wasn’t long before Gina had a sister Deborah as well as a brother David. Regina graduated from Mt. Tahoma High School in 1966. She immediately enrolled at Bates Technical College. She and some of her friends built a float for the Daffodil Parade, in which she had held the title of the Daffodil Queen.

In 1970, Gina met and married the love of her life, Vince. Together they had, and raised 4 children, Lisa; Vincent III; Donald; and Brett.

Gina was diagnosed with Alzheimer’s, in 2007, which forced her to leave her job due to the affects of the disease.  After retiring from his career, in criminal Justice moved back to WA to care for her aging parents.  Regina’s condition progressed rapidly. She was blessed to have her forever partner care for her in their home until July 2019. Gina, then moved to Tacoma, WA, to live with her daughter Lisa, who became her full time caretaker. Regina Louis Nelson was called home to present at our Heavenly father’s on January 15, 2020, at 5:30 PM. She peacefully passed away at home, in her daughters’ arms. She always was, is and will forever be our Angel.

Regina is survived by her loving, Husband Vincent; her daughter Lisa; son Vincent Jr; grandson Simon (23, Donald’s son); granddaughter Chole (14 Vincent III’s daughter) and countless friends and family. By every single one of them she will forever be missed.

To send flowers to the family or plant a tree in memory of Regina Louise Nelson, please visit our floral store.

You can still show your support by sending flowers directly to the family, or by planting a memorial tree in the memory of Regina Louise Nelson
Share a memory
© 2020 Haven Of Rest Gig Harbor. All Rights Reserved. | Privacy Policy | Terms of Use