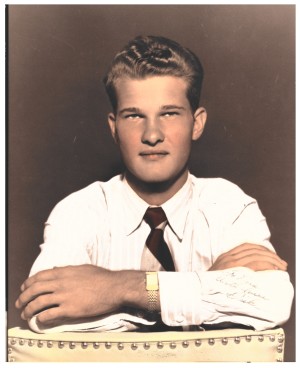 "OUR DAD LIVED FOR GOD AND HIS FAMILY"

Richard Leon Kimball went home to be with his Lord Jesus on August 4, 2020 at the age of 92. He lived at his home in Port Orchard, WA until hospitalized due to a fall. He died peacefully at St. Anthony Hospital in Gig Harbor of complications from the fall. Our dad believed in his promise of Heaven and was at peace with knowing it was time for him to go.

Richard (Dick) was born on January 31, 1928 to Martin Van Buren and Clara Harriet (Disbrow) Kimball in Seiling, Oklahoma. He was the fifth of their six children, and the longest living. He and Nora Ellen McNabb met at a barn dance in Oklahoma and were married for 70 years, from June 25, 1949.

Richard's earliest professions were baker and projectionist in a small town movie theater. Near the end of WWII, he left home in Fairview, OK to serve in the U.S. Coast Guard as a radio technician. He acquired a HAM radio license and began a career in electronics, initially in television repair. His work took him to Wichita, KS and Seattle, WA where he finished 17 years with the Boeing Company for a partial retirement. At the Boeing downturn, he went to Civil Service at the Naval Undersea Warfare Center in Keyport, WA. His work for the U.S. Navy was in torpedo guidance systems. He finished his career at Naval Submarine Base Bangor in Silverdale, WA, where with consideration for his military service, he achieved full retirement.

Our dad learned at a young age to hunt small game in Oklahoma to help feed his family. He shared a legacy of love and respect for nature and the outdoors with us, and of hunting skills, gun safety and sportsmanship in the field with his sons. While in the Midwest, he loved hunting with his bird dogs for quail and pheasants. Later in the West, he took up big game hunting with his youngest son, Greg. Family vacations from our midwestern homes were for camping in the beautiful, high mountain country of Colorado, where the trout fishing was a feature.

Church life was important to our dad, and through his faithful leadership, to all of us. He was a member of First Evangelical Free churches in Wichita, KS and Federal Way, WA, and of the Burley Bible Church near his final home in Port Orchard. He served and taught in the Church for many years. He cared well for our family, providing good homes and education for us in Oklahoma, Wichita, KS, Federal Way and Port Orchard, WA.

Dad was enthusiastic about astronomy for a time, and showed us the planets and stars with a powerful, custom-built telescope. He enjoyed photography and amassed an impressive collection of slides. There were many family slide shows to keep us in touch with our past. He later took an interest in working out the details of our historical family tree. Well into his 80's, he enjoyed hauling his travel trailer to his birthplace and its surroundings. Though long residing in Washington, Oklahoma was always "home" for Dad. He made it to his 70th high school reunion of just a few attendees.

A private inurnment ceremony for family and close friends will be held at Haven Of Rest Memorial Park in Gig Harbor, WA.

To send flowers to the family or plant a tree in memory of Richard Leon Kimball, please visit our floral store.