Share a memory
Obituary & Services
Tribute Wall
Read more about the life story of Robert and share your memory.

Robert John Krotz, 78, of Gig Harbor, WA passed away peacefully, surrounded by family on December 19, 2022 from complications related to Parkinson’s disease. Born July 26, 1944 to John and Leona (Zillmer) Krotz, Bob was raised in Washington, IA where he enjoyed the many pleasures of growing up in a small town, including playing baseball, fishing in Lake Darling, riding his bike all over the countryside, and ice skating on Cherry Pond. He was a 1962 graduate of Washington High School, where he met the love of his life and wife of 57 years, Pamela Robison. Bob graduated from Iowa State University in 1966 with a degree in Journalism and went on to work as a national award-winning reporter for the Des Moines Register. He began his newspaper career on the police beat, eventually working his way up to a position as the Register’s education reporter. He spent many hours driving around Iowa with a photographer looking for unique, compelling stories to cover, and was known for his heartwarming, often amusing human interest stories. Anyone who ever received his yearly Christmas letter has experienced his particular brand of storytelling. Bob eventually returned to his alma mater, advancing through the ranks of the Iowa State University Development Program and helping to raise millions of dollars for systems throughout the university. His curiosity and genuine interest in everyone he met was his charm, and it took him far in life. Drawn to the beauty of the Pacific Northwest, he ultimately made his way to Washington State for a position as the President of the Franciscan Foundation for Healthcare in Tacoma. He and his staff were responsible for fundraising for various programs in multiple hospitals throughout the region. His last project before retiring involved heading up a capital campaign to raise funds for what would eventually become St. Anthony Hospital in Gig Harbor, WA. Bob also gave generously of his time and talents, serving on many community and charitable boards. Throughout his life, people were drawn to his kind and easy personality, and everyone he met truly loved him.

In Bob’s retirement years, he and Pam divided their time between homes in Gig Harbor, WA and Palm Desert, CA, enjoying more opportunities to do the things they loved, including traveling, spending time with family and friends, eating at good restaurants, boating on Puget Sound, growing their beloved summer tomatoes, working on crossword puzzles, watching the Iowa State Cyclones play football and basketball, and sitting on their deck enjoying the beauty of the Pacific Northwest.

Bob’s greatest love was saved for his family. He is survived by his wife Pam, daughter Nicki Krotz, daughter Melinda Belton and her husband Allan, grandchildren Lane, Carter, and Ian Belton, his sister Marilyn Corbett, all of Gig Harbor, as well as many other loving family members throughout the country. Bob was preceded in death by his parents, his brother Ronald, and an infant sister Leanna.

Bob’s family would like to express their appreciation to the dedicated physicians, nurses and other medical professionals at St. Anthony Hospital, and especially to Dr. Jessica Tam, for the excellent care they provided. Remembrances may be made to the Iowa State University Greenlee School of Journalism and Communication General Scholarship Fund or the Mustard Seed Project of Key Peninsula.

A celebration of Bob’s wonderful life will be announced at a later date.

To send flowers to the family or plant a tree in memory of Robert John Krotz, please visit our floral store.

A celebration of life may be held at a later date.
Online Memory & Photo Sharing Event
Ongoing
Online Event 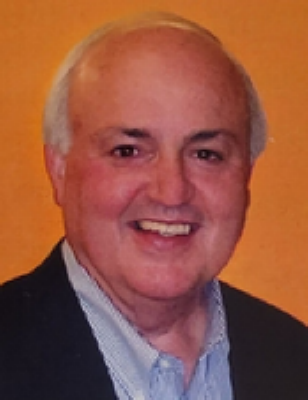