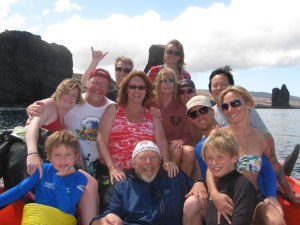 Robert (Rob) Howard, was born on November 2, 1964 in Hartford, CT to Robert P. Howard  and Frances L. Howard. He left this earth on May 23, 2020 at 55 years of age in Spanaway, WA.  Rob was the youngest of 5 children. He is survived by his Daughter – Jessica (Jessie) Kelley and Grandson – Jackson Kelley of Klamath Falls, OR. and by his sisters Deborah (Howard) Arloski of Colorado, Linda (Howard) Gogl of California, and his 2 brothers, Timothy Howard and Kevin Howard both of Washington state.

Rob grew up in Connecticut, graduating from William H. Hall High School in West Hartford.  Shortly after high school he moved with his mother and brother Kevin to Washington State to be with his brother Timothy and his family.

Rob was always good with his hands and became a Master Carpenter. He owned and operated RPH Woodworking Inc. and served the Puget Sound area for over 30 years. Rob was always willing to share his knowledge and to help someone in need. Rob was a wonderful person, had a quick laugh, a quick wit, and will be missed.

Rob’s remains have been cremated and are being cared for by his brother Kevin Howard.  A memorial service and celebration of life will be determined when the COVID pandemic regulations are lifted and the risk of gathering less.

To send flowers to the family or plant a tree in memory of Robert "Rob" P Howard, please visit our floral store.

You can still show your support by sending flowers directly to the family, or by planting a memorial tree in the memory of Robert "Rob" P Howard
Share a memory
© 2020 Haven Of Rest Gig Harbor. All Rights Reserved.