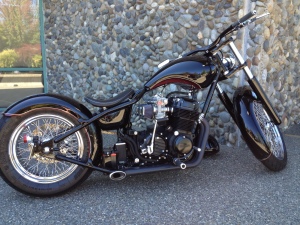 Russell “Steve” Stephen Green, 72, passed away peacefully from Metastatic Melanoma Cancer with his family by his side on April 9th, 2020.  Steve was born in Oklahoma City, OK on December 21, 1947 to Russell Davis and Hazel Marie Green.  He is deeply loved and his sense of humor and vigor for life will be missed everyday by the family and friends that he left behind.

He attended and graduated from US Grant High School in 1966.  After High School he enlisted in the United States Navy, dutifully serving his country for four years before attending Spartan College of Aeronautics and Technology in Tulsa, OK.  He then transferred to the Army National Guard, where he proudly served for 35 years before retiring in 2007.

For work, Steve had a long and fulfilling career as an airworthiness Safety Inspector for the Federal Aviation Administration where he retired from in 2009.  His mantra throughout his career was always “I work to keep the flying public safe”

Steve was best known for his “gift of gab” as he was such a personable individual and could talk to anyone about absolutely anything.  His smiles, his laughs, his jokes were infectious to whomever he was around.  Most, if not all, who had the pleasure of knowing him understood just how much of a perfectionist he was.  His attention to detail, his pride in which he went about anything he did, his quality of work was unsurpassable.  He was a devoted husband, father, grandpa and friend.  Steve was definitely one of a kind!

Among his favorite hobbies included, but not limited to not only working on motorcycles and hot rods, but building them as well.  When he was not working on bikes, you would be hard pressed to not find Steve riding around the US on his Harley Davidson with Charlotte and plenty of friends, enjoying the open road.  He truly cherished every moment and took nothing for granted that he had in his life.

Steve is preceded in death by his parents, Russell Davis and Hazel Marie Green.

The family asks for any donations to go to the American Cancer Society and/or the Melanoma Research Alliance in Steve’s memory.

To send flowers to the family or plant a tree in memory of Russell "Steve" Stephen Green, please visit our floral store.

Services are to be announced
Please note
A Celebration of Life in Steve's honor will be held at a date to be determined. Please check back for updates in service information.