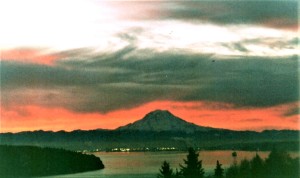 Shirley Lee Ittner went to be with the Lord on April 20th, 2020, peacefully in Gig Harbor, WA, where she spent the last weeks of her life.  She was born May 21st, 1926, in Raymond, WA, to parents, John Golmer and Eunice Mae (Turner) Brower.

Shirley grew up in Raymond, WA, where she graduated from Raymond High School class of 1944.  Shortly after graduation, her family moved to Olympia, WA, where she resided for the next 70 years.

Shirley’s first job was at the railroad office in downtown Olympia where she would eventually meet and marry the love of her life Roland R. Ittner. They were married on October 5th, 1946, at Central Baptist Church in Olympia, WA.  They enjoyed 54 years together in Olympia, Lacey, and Tumwater until Roy’s passing on April 9th, 2001.

After Shirley’s children were grown, she worked 17 years as a dental receptionist for Dr. Ronald Larson.  She loved her job, enjoyed working with patients, and keeping the office running smoothly.  She remained life-long friends with many of her co-workers.

During retirement, Roy and Shirley enjoyed traveling as many backroads as possible across the United States, meeting people, and seeing new things along the way.  There were many fun-filled days spent on the golf course together and with friends.  They also shared a love of the water and could often be found camping by a lake or in the San Juan Islands on a boat.

Shirley never let the grass grow beneath her feet. She volunteered and was involved in many different organizations.  She attended Christian Women and then later Bible Study Fellowship, where she served as a group leader. She visited nursing homes reading scripture and singing with those who were unable to attend services through Bright Hope Nursing Home Ministry. Many evenings were spent serving meals to those less fortunate at First Baptist Church. She worked on many local and state election boards through the age of 90.

Shirley’s first and most passionate love in life was her family.  She loved fiercely, and her whole family knew the depth of that unconditional love. She was a strong matriarch who cultivated the importance of family, leaving behind the tools to pass that love along to future generations.

The family wishes to thank the staff of Family First Crescent Valley Home and CHI Franciscan Hospice for their care and support.  In lieu of flowers, please consider a memorial donation to the Olympia Union Gospel Mission, PO BOX 7668, Olympia WA  98507 or online at www.ougm.org.

Arrangements are being made at Haven of Rest in Gig Harbor, WA.  Due to current world events, there will be no service at this time.  We are hopeful that in the future, we may be able to hold a celebration of life service if we feel it is safe.  If you would like to share a memory or send a note to the family, please do so on the tribute wall attached to Shirley’s obituary at www.havenrest.com

To send flowers to the family or plant a tree in memory of Shirley Lee (Brower) Ittner, please visit our floral store.

You can still show your support by sending flowers directly to the family, or by planting a memorial tree in the memory of Shirley Lee (Brower) Ittner
Share a memory
© 2020 Haven Of Rest Gig Harbor. All Rights Reserved.