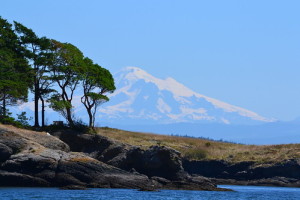 Stephen V. Jones passed away in his home, Sunday May 23rd, in the company of his family, after a year and a half battle with stomach cancer. Steve put up a good fight and stayed positive the whole way through. His family will cherish the meaningful memories created during the year and a half of treatment, as he made sure to maximize his time with loved ones up to the very end.

Steve was born to Vic and Irene Jones on June 7th, 1953, in San Jose, California. Early on, they relocated to Mercer Island, where he spent most of his life. Steve spent his childhood swimming at Mercerwood Shore Club, water skiing in Lake Washington, boating in the San Juan Islands and playing in the many woods on the east side of Mercer Island with his siblings Judi, Dale, and Scott.

Steve graduated from Mercer Island High School in 1972, and spent the next few years bouncing back and forth between Seattle and Alaska. In Alaska he learned carpentry and worked as a foreman on the trans-Alaska Pipeline. Once returning from Alaska, Steve pursued his passion for construction and went into general contracting. In 1976 he established SJ Construction, starting out in residential projects, and ultimately finding success specializing in commercial tenant improvements.

Steve raised his two children, Laurie and Dan, in the beautiful home he built on East Mercer Way. Steve made sure his family’s weekends were filled with travel and the outdoors; camping skiing, boating, waterskiing, hunting, and fishing. He later met Anne-g, the love of his life, and partner in so many activities he was passionate about. Together they could be found trap shooting, traveling in their motorhome, or enjoying their second home in Northern Idaho. Steve also enjoyed going by “Poppi” to his three young grandchildren, Owen, Hank, and Ella.

Steve had an infectious laugh that will be truly missed by all who knew him.

An outdoor memorial will be held at 11am June 5th at Haven of Rest in Gig Harbor and Remembrances can be made in Steve’s name to the American Cancer Society.

To send flowers to the family or plant a tree in memory of Stephen V. Jones, please visit our floral store.