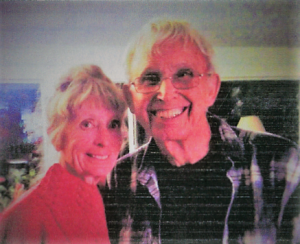 Tom was born on May 25, 1931, at Columbia Hospital (now defunct) in Seattle, Washington. His middle name was after his mother’s brother, his uncle Walton.

Tom’s father, Ewald Carl Wagner was a printer with the US Navy from 1924-1928. From 1926-1928 he was on the USS Arizona. During the Great Depression he refused to wait in the breadlines and instead, he worked as a civilian printer on the Seattle Times and the horse racing print shops. During World War II Tom’s father, again, worked as a printer for the US Navy. This time he was stationed at five different locations in New York state including White Plains. Tom was in the Boy Scouts during this time.

Tom’s mother, Eleanor, never completed high school. She learned key punching while working at a railway station in Waukegan, Illinois. She was never without a job.

After high school, Tom worked for the State of Washington Health Department. Then, in late 9149-1950 he was an electrician for the Boeing Airplane Company at their final Seattle assembly plant. In 1951 Tom enlisted in the US Navy. He spent three years at the Barber’s Point Naval Air Station on Oahu, Hawaii, and one year later as a Yeoman 1st class (E6) for the Destroyer Division 31 Commander on the USS Rupertus (DD851).

Tom attended UPS in Tacoma, Washington from 1955-1959 and graduated with a BA in Business Administration. Continuing his education at UPS, he earned an Educational degree one year later. While attending UPS, Tom as active in the Veteran’s Club on campus when he helped to jump start the Alpha Kappa Psi Business fraternity. He served one year as president in its alumni chapter after graduation.

Tom received his teaching certificate in 1960. Then, he went to summer school for four years to achieve his Masters in Educational Administration in 1964. For 29 ½ years, until his retirement in 1989, Tom taught at Point Defiance Elementary, Lincoln High School, Bates Voc-Tech, and Stadium High School. While he was at L.H. Bates, he supervised vocational secondary education programs in Tacoma Public Schools.

Tom was married to Elaine Johnson from 1960-1998. They had a daughter and name her Lynn Dawn.

In 2001 Tom married Melinda Wilson in the backyard of his Gig Harbor waterfront home.

During his 50+ years living in Gig Harbor, Tom became involved in the East Gig Harbor Association and was its president from ’89-’91. The home he bought in Gig Harbor was built in 1959. He added a boathouse and boat launching system by ’68. Then, he built a 50 foot pier, 32 foot aluminum ramp and 70 foot float. In 1994 he completed a 900 square foot detached garage for a machine shop. After he married Melinda, he built a cat house for her rescued FIV felines and a wood shed behind the machine shop.

In 2009 Tom and Melinda rescued a Poodle/Maltese mis from the Tacoma/Pierce County Human Society. The dog adored Tom and kept him laughing for years. Tom named his dog Ewald after his father.

Tom was predeceased by his parents Ewald and and Eleanor Wagner, his wife Melinda Wagner, his sister Connie Anderson and his ex-wife Elaine. He is survived by his daughter Lynn (Tony) Doerflinger, and his grandchildren Sterling, Luke, Savannah and Walton.

A graveside service will be held at Haven of Rest Memorial Park on Wednesday, June 29, 2022 at 2PM. Family and friends are invited to the reception to follow in Haven of Rest's reception hall.

Remembrances may be sent to the Tacoma Humane Society.

To send flowers to the family or plant a tree in memory of Thomas Walton Wagner, please visit our floral store.

A Memorial Tree was planted for Thomas